Professor Dodson is a highly respected Aboriginal Advocate who has spent his working life fighting for the rights and interest of Aboriginal and Torres Strait Islander Australians.

Born in Katherine, Professor Dodson AM is a member of the Yawuru peoples, the Traditional Aboriginal Owners of land and waters around Broome.  He was chosen as Australian of the Year in 2009.

Professor Dodson AM is a long term barrister and lawyer and specialises in Native Title and human rights.  Most recently he has been Professor of Law at the Australian National University and Director of its National Centre for Indigenous Studies.  He has been a visiting academic at the University of Arizona and served as Chair of Australian studies at Harvard University.

Professor Dodson AM was Counsel assisting the Royal Commission into Aboriginal Deaths in Custody in the Northern Territory and Western Australia, is a former CEO of the Northern Land Council and in 1993 was appointed the country’s first Aboriginal and Torres Strait Islander Social Justice Commissioner, a post he held until 1998.

Professor Dodson AM has been a prominent advocate of land rights and other issues affecting Indigenous peoples in Australia and globally and has served as the Pacific member on the United Nations Permanent Forum on Indigenous Issues.

The job of the Treaty Commissioner is to:

a) Facilitate consultation with Aboriginal people in the Northern Territory regarding a Treaty; and

b) Develop a framework for Treaty negotiations;

The Treaty Commissioner is required to inquire, report, investigate and make recommendations on these things to the Chief Minister of the Northern Territory and Parliament.

Key outputs are to devise and implement a consultation program with two stages:

An interim report is to be provided to the Chief Minister and a discussion paper for public release prepared by March 2020.

A final report on the outcomes of consultations, recommendation of next steps and a proposed negotiation, framework for Treaty to be proceed in the NT is to be delivered to the Chief Minister no more than 18 month after delivery of the interim report discussion paper. 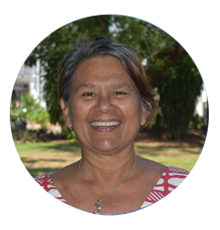 Ms Raymond is an Aboriginal and Torres Strait Islander woman born and raised in the Territory and has lived and worked here most of her life. Ms Raymond has been involved in a number of major consultations across the NT.

She has an extensive background in media and communications, including senior roles at the Northern Land Council and the ABC, and has worked at both a Federal and Territory government level.

A key component of Deputy Commissioner Raymond’s role will be to ensure that Aboriginal culture is respected and practiced appropriately when consulting with Aboriginal women and girls across the NT.